skip to main | skip to sidebar

I may have been seen dancing with 80s indie sensation the Monochrome Set at the Dockers Bar in Belfast on Saturday night. Dancin' and Posin'. Elbows in now!

Posted by karate_feetus at 6:02 PM No comments: 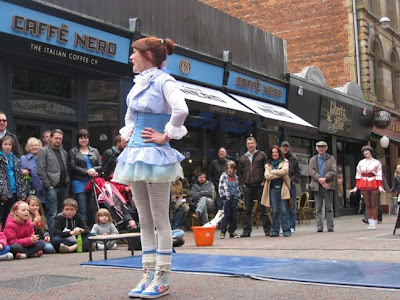 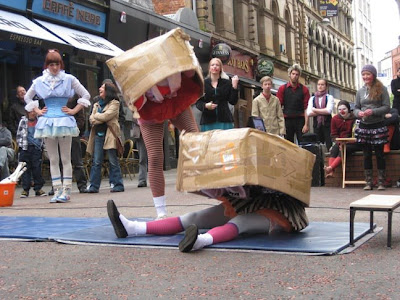 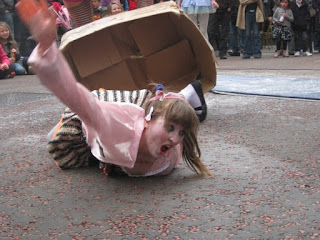 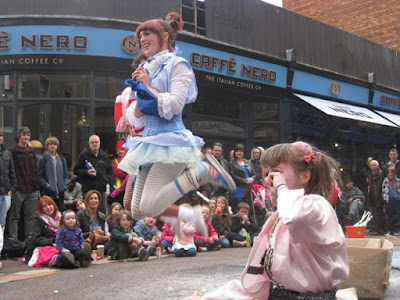 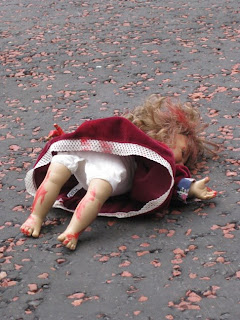 Photographs by Natalie Thompson 2012
www.paperdollsperformance.com
Posted by karate_feetus at 5:29 PM No comments: 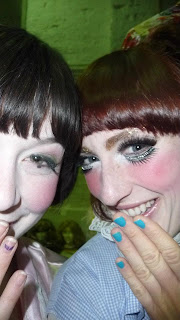 ☮ The last week has been completely mad! Regular training and routine was cast out of a high window as the circus school was taken over by the Festival of Fools, Belfast's annual street performance festival. It was AMAZING! Not only did PaperDolls get the chance and challenge of creating a street performance (in less then a week), we also got to socialise, work with and witness high class international street performers of fine repute. I was pretty sure that I would always be an indoor kind of girl, but who would have thunkit! Now I'm a burgeoning street performer. 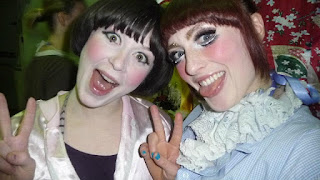 Karen Doll took the lead with our performance idea, with my love of Harajuku style contributing to the over all look and concept. The piece itself was completely ridiculous and utterly bizarre but fun, visual, full of potential for development and very much in the spirit of comedy which Belfast Circus School is well known for. 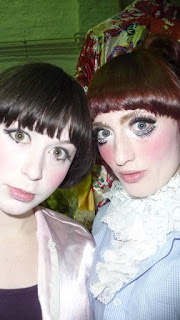 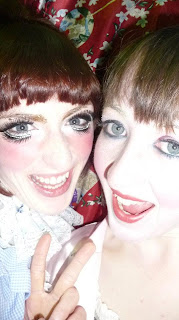 It was pretty terrifying to face an audience of strangers on the street, a large crowd of people who may decide to go against your performative coaxing and commands. The world of indoor theatrical performance is cosy in comparison - the street is a dangerous playground, but one which is ripe with potential for inspiration and learning and elements of circus I love like risk taking challenge and experimentation.

The act may change, but I do believe the Harajuku Dolls are here to stay... Project!☮ 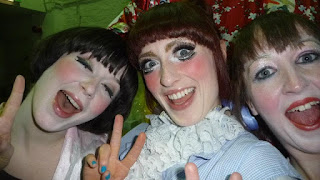 Posted by karate_feetus at 6:31 PM No comments:

Rainy May Day: Spectacal of Hope and Defiance 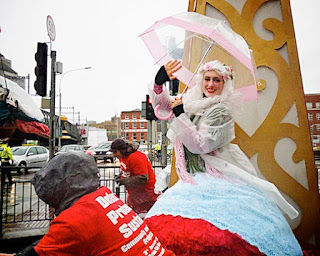 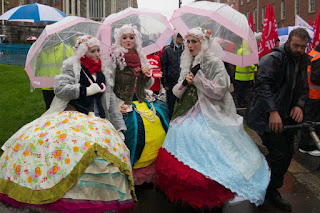 Oh it was a rainy day for a protest parade, but not only did they see it through, The Spectacle of Hope and Defiance along with several other groups including the Workers Solidarity Movement, did a damn good job of brightening up Dublin city which was drenched in dismal weather yesterday.

PaperDolls were absolutely delighted to be invited back to don the scales of injustice and flaunt our gowns and smiles, with the last minute addition of eccentric lady rain gear to add to the wet spirit of the event (and to avoid saturation as much as possible! Which was largely ineffective... oh well!).

The Spectacle of Defiance and Hope is a broadly based alliance of Community Organisations from Dublin and beyond. In 2010 a large number of groups came together to protest and challenge the programme of cuts that were imposed on the youth and community sector and draw attention to the savage economic injustices that were taking place in Ireland. The Spectacle is for an Ireland of true equality in the conditions of people's lives.

It's raining, it's pouring! That didn't stop the political revelers and the PaperDolls taking great and spectacular strides down O'Connell street in Dublin yesterday. Great thanks to Brian Fleming and big congrats on a great parade of defiance.

I tell you now, chips taste better in the rain.

See and read about the last time PaperDolls appeared on the scales here. 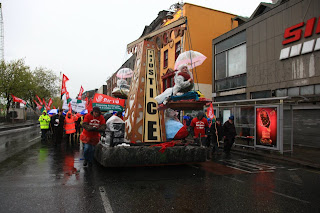 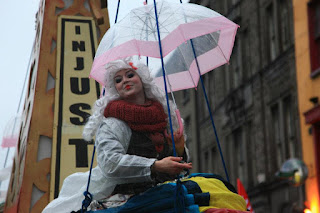 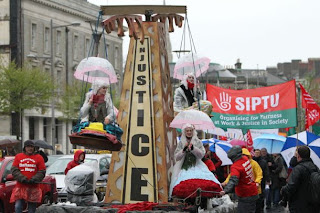 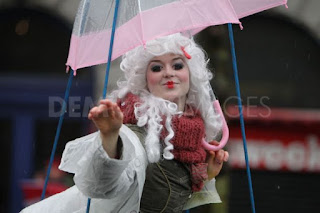 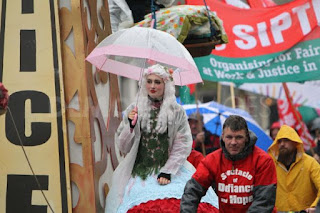 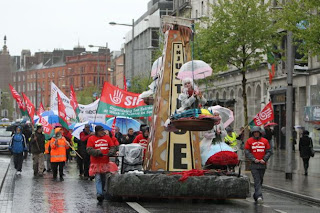 
Posted by karate_feetus at 8:09 PM No comments:

The content of this blog is ⓒEmily Aoibheann, and her collaborators.